Trainees are required to attend 3 seminars per academic year (Fall and Spring).

Below is a list of approved seminars to fulfill the requirement. 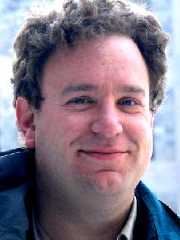 To fully realize the promises of nanoscience and technology, it will be necessary to learn how to assemble different nanoparticles into more complex structures, akin to the way atoms assemble into molecules. At the length scales involved, conventional lithographic methods work poorly or not at all, and the fabrication will need to take place using strategies such as directed self-assembly. In this talk, I will outline our recent work on using light-triggered chemical reactions to induce the formation of patches in metal nanoparticles, thereby directing them to assemble into aligned structures. Plasmonic resonances and the lightning-rod effect make it possible to modify the surface chemistry within patches at specific locations on the surfaces of particles. The location and alignment of the patches can be controlled with the light’s polarization and wavelength, as well as by the specific shape of the assembling particles. I will present results involving both single-photon activation, where the reactions are induced with ultraviolet light, and two-photon activation, where we can use red and infrared light for the same purpose, allowing us to be resonant with the plasmon resonances of particles with non-spherical shapes.

The properties of any surface - metal, semiconductor, glass, plastic or even liquid - can be altered drastically when textured or decorated with tiny sub-microscopic structures. These “nanostructures” can be rings, discs, cubes or more complicated shapes -- where each one is about 200 times smaller than the width of a human hair. "Nanostructured mesoscale surfaces" that have patterned features both on the nanoscale and mesoscale (0.2 to 5 microns) can be designed to exhibit unique optical, wetting and chemical properties. They exist in nature on the surfaces of lotus leaves, moth eyes and the wings of butterflies. In this talk we will tour this 2D nanoworld. In his labs at UC Irvine, Dr. Corn and his team design and fabricate a variety of nanowire, nanoring and nanocone surfaces that can be used make broadband anti-reflective coatings, diffracting films that split up the laser beams, and “biochip” grating sensors that can quickly screen for proteins and DNA. 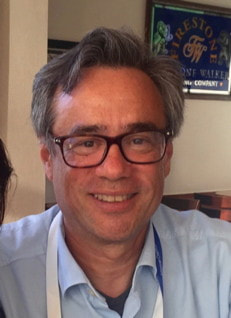 ************************
Robert M. Corn is a Distinguished Professor of Chemistry and Biomedical Engineering at the University of California, Irvine. Prof. Corn received a B. A. in Chemistry from the University of California, San Diego, and a Ph. D. from the University of California, Berkeley. From 1985 to 2004, he was a Professor in the Department of Chemistry at the University of Wisconsin-Madison. In 2004, he moved to the Department of Chemistry at the UC Irvine where his current research centers on the creation of new interfacial chemistries and biochemistries. With over 160 publications and 14 patents, Prof. Corn has dedicated his career to the development and application of surface-sensitive spectroscopies such as surface plasmon resonance imaging (SPRI), optical second harmonic generation (SHG), and polarization-modulation Fourier transform infrared (FTIR) spectroscopy for the characterization of solid-liquid and liquid-liquid interfaces. His current research interests include the study of bioaffinity uptake into single polymer nanoparticles, the fabrication of nanostructured interfaces with unique optical, physical and properties, the on-chip templated biosynthesis of nucleic acid and protein microarrays, the synthesis of magnetic nanomaterials for biosensing and high frequency inductor applications, and the study of DNA structure via nanoparticle incorporation.